In a very short time Rishi Sunak has stabilised the government, launched a new economic strategy and restored national credibility on the world stage. He has achieved much, but there is much more to do. A General Election may well be two years away, but the General Election campaign is well underway. A government that needed stability now needs a credible path to winning.

A credible route to a General Election win matters. It matters for both the Conservative and Labour Parties. It matters not for the merely self-serving reason for winning or retaining power but because it is how a leader and party accrue political strength and authority. The fight now, in the run-up, to the election between Rishi Sunak and Kier Starmer is all about who is winning and holding political authority. Simply holding an office, as Liz Truss found, is no guarantee of being able to exercise its powers in anything but the most formal sense.

In the long run-up to the 1997 General Election power ebbed away from John Major’s government. They were in office but their power slipped away. It is a humiliating process for those who sit at the Cabinet Table to experience. Neither does this begin when the senior civil service is formally permitted to talk to the leaders of the opposition. Practical decisions are affected by a government losing political authority. Business leaders looking at investment decisions spanning periods of a possible change in government and therefore policy are as likely to seek the views of shadow ministers s they are Ministers themselves. International partners seek out the opposition’s view and consider alongside those of the government. The media covers a government losing authority less sympathetically knowing the news story is moving elsewhere. Power is a free flowing thing. It is always on the move, and has to be constantly fought for.

Margaret Thatcher and Tony Blair knew how to win and consolidate their power, at least for a while. Neither David Cameron nor Boris Johnson, general election winners both, really knew how to exercise the steel grip on power, retain and exercise it, that is the hallmark of a great political leader. Both threw their election successes away and with it their hope of really delivering for the country they fought so hard to lead. There are lessons from them both Rishi Sunak and Kier Starmer would do well to heed.

The fight for the offices of government maybe some time away yet but the fight for authority and power is now well underway. Somehow and in some way both the Prime Minister and the Leader of the Opposition are stuck in the political rut that has become the current season of British politics. Economic cycles come and go. Currently we are experiencing a downturn. This will change. Plans for the economy are staple features of the political fight so we can be confident the economy will, as always, be at centre stage. Brexit, however, hangs over Westminster like a great sulphurous cloud. So far we can’t seem to either take advantage of it or escape its effects by reversing it. There is an urgent need to do one or the other. Reversing it seems improbable so taking advantage of it is what is required. Who has the vision and the willingness to explain it?

The second great atypical political question of our time, and is one that does not attract any great political noise so far, is why have the two big Westminster parties essentially given up on Scotland. Labour is gaining ground certainly but seemingly because it is part of a ‘get the Tories out’ mood rather than attracting positive support because of effective opposition to the SNP. Labour must find a way of properly rebuilding its political strength in Scotland and returning itself into a properly national political party once again.

For the Conservatives the challenge is similar and even more urgent. The difficult, and unfashionable, bit to say is that by pursuing the so called Red Wall strategy at the expense of a more balanced and nuanced policy platform designed to appeal across the whole of the United Kingdom looks likely to have been a disastrous mistake. A one-hit wonder of a General Election victory at the expense of trashing the party’s chances in Scotland and hugely damaging the party in its heartland seats.

Effectively giving up on Scotland as a place where a substantial number of Westminster seats could and should be won has severely unbalanced Conservative politics and its prospects. It has also damaged the cohesion of the United Kingdom and left Scotland itself as effectively a one-party state. An England only strategy, which effectively is what the Red Wall strategy is, has been bad politics for country and for party as far as the Conservatives are concerned.

At its best the Conservative Party is capable of delivering policies that attract votes and wins seats across the whole of the United Kingdom. It did so up until 1997. It needs to rebuild its confidence in the idea that is should and can be doing so again, but this needs a radical overhaul in policy as well as in tone. It needs to rediscover the mindset of a truly national party. This is the way to long term, well balanced and sustainable electoral success and in the process help pull the country back together as one United Kingdom. 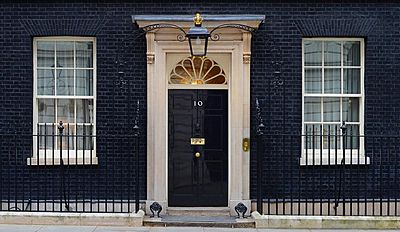 Royal soap opera is bad news for Sunak and Starmer 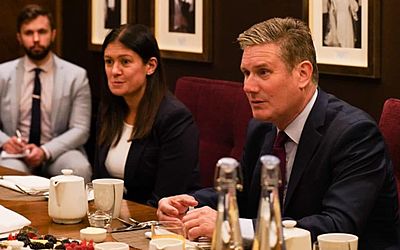 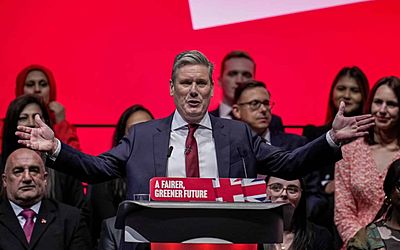