Four Prime Ministers and four General Elections this last decade of British politics has been a roller coaster like no other in living memory. The Queen’s enduring presence as the nation’s figurehead may have provided a veneer of continuity and stability but she reigned over a nation whose people were becoming increasingly restless and disenchanted with its political settlement.

In 2009 Gordon Brown was a beleaguered presence in No 10, having gone from being the ‘Iron’ Chancellor of the Exchequer of Tony Blair’s dominant New Labour government to glowering and gloomy presence presiding over a fractious and weary government. His administration was  engulfed by a global financial crisis for which his decade at the head of the Treasury must make him at least in part responsible for causing. At the General Election in 2010 he proved a clunky and awkward campaigner, unable to either inspire or conjure up a vision for the nation he had spent a political life time desperate to lead.

Nevertheless the leader of the Conservative Party, David Cameron, found it harder than he expected to dislodge Brown from No 10. Cameron won more seats for his party than his three immediate predecessors as Leader of the Opposition – William Hague, Iain Duncan Smith and Michael Howard – but falling far enough short for him not to be able to seize the reins of power on election night. A minority government seemed likely with a second election not too far off. Instead there seemed to be much pressure from the Cabinet Secretary, Gus O’Donnell, for a government to be formed because of concerns around the economic situation the country found itself in. Cameron succumbed to the mandarin’s blandishments, cast political judgement aside, and set about bargaining with Nick Clegg and the Liberal Democrats to form the first coalition government since Winston Churchill and Clement Attlee.

Two leaders who had fared less well in the General Election than they had hoped, Cameron had fallen short and Clegg had actually lost seats, combined to form a government. It was constitutionally correct but it left Britain with a government and a combination of policies no-one had voted for. A sense that an unimpressed electorate had had the final say on who formed the government and for how long was re-enforced when Cameron and Clegg imposed the Fixed Term Parliament Act, which meant essentially they were safe in office for a whole Parliamentary term rather than being ejected by the loss of a vote of confidence in the Commons. The passing of the FTPA was a bad day for British democracy and something the Conservatives would rue in the years ahead. However for the Conservatives, unused to and uncomfortable with opposition, it was an extraordinary sensation to be back in government, albeit in coalition.

Returned to opposition after an unprecedented thirteen consecutive years of government Labour swiftly set about the task of making itself unelectable, first under Ed Miliband and then completing the job under Jeremy Corbyn. Having apparently learnt no lessons from the bitter arguments and divisions under Jim Callaghan and then the long years of opposition under Michael Foot and Neil Kinnock Labour moved as swiftly as it could to marginalise itself from mainstream politics. Memories are short in politics and lessons have to be learnt afresh in each generation.

In the 2015 General Election David Cameron’s Conservatives achieved a clear victory, albeit a small one. In the process they smashed the Liberal Democrats as a political force. The Liberal Democrats compounded their woes by electing Vince Cable as their new leader. In Scotland Alex Salmond was just two years into being First Minister, a position he would hold until 2014. Succeeded by his close ally, and it turns out the more able, Nicola Sturgeon. Sturgeon would continue leading the SNP in government for the rest of the decade. In the 2019 General Election she would preside over a huge gain in Westminster seats and is gearing up from a position of strength for the 2021 Scottish Parliament elections.

No sooner had David Cameron won the first General Election for the Conservative Party since John Major in 1992, some twenty-three years before, then he set about blowing up his own government as quickly as possible. For all the heartfelt and genuine initiatives on social and environmental policy, Cameron’s big success was leading a government that had stabilised the economy and started reducing the debt. He had brought the coalition government through five tough years of spending discipline and rigorous cost control. A protegee of Norman Lamont and Michael Howard David Cameron had always been much more euro-sceptic then his admirers would allow. As Prime Minister he exercised the veto and took the Conservatives out of the EPP, making him the most practically euro-sceptic Prime Minister the country has ever had. Once returned to office he set about calling a referendum on the question of Britain’s membership of the European Union. He called it, lost it and within a year of his General Election victory had resigned as Prime Minister. As Prime Minister he had put the country back on the road to economic recovery and started it up the road to a new and wholly different political journey.

His replacement as Prime Minister seemed almost certainly to be the person who had led the Leave campaign and the person who was credited with making Brexit conceivable, Boris Johnson. However his campaign came to a crashing end when key supporters deserted him. Out of this mellay emerged Theresa May, as the last person left standing in the leadership contest. For three years Mrs May struggled with being the Prime Minister and with the dominating issue of her Premiership, Brexit. Mrs May struggled through a snap General Election which saw her lose seats, remarkably, to Jeremy Corbyn’s Labour Party. Mrs May should have resigned the Premiership at that point. Instead she pressed on. Neither her ease with being Prime Minister nor Brexit was settled by the time she left office.

There was no real contest to succeed her. By the time he came to stand for a second time for the Leadership the Conservative Party, Parliament and the country had had quite enough of the bickering, wrangling and stasis that had characterised the preceding three years. Boris Johnson stormed into the Premiership, faced down Parliament, forced a General Election and won a huge historical victory.

He flattened the Labour Party and the Liberal Democrats in the process. In Scotland the SNP tightened their political grip. Wales, having flirted with its own nationalism earlier in the decade and having been wedded to Labour for generations decided to flirt with Boris. The DUP having helped wreck Mrs May’s ability to pass her Brexit deal, and having refused to help re-stablish devolved government, were cast aside by Boris, and then reduced to Northern Ireland’s second political party for the first time coming in second to Sinn Fein at a Westminster Election. Seeing their influence draining away they expressed a hitherto unknown enthusiasm to talk about re-opening devolved government. Every cloud has a silver lining after all.

In ten tumultuous British politics has changed fundamentally. Both main political parties have been pulverised into completely changing course by their members and by the electorate. Figures who so recently dominated the political landscape are cast into the margins. Ten years ago it was common place to worry about why people were so disengaged from politics, the decline in party membership was acute, the old way of doing things was broken. The coalition government even had a referendum on changing the voting system, but we the people were having none of it and said no. The first past the post has its strengths and weaknesses but more often than not it produces workable governments – when we the voters want it to. Boris has promised to ditch the Fixed Term Parliament Act so we will properly take back control of our democracy and governments will last only as long as they can command support in the Commons. It must not again be for a Cabinet Secretary to orchestrate a national government. It is not his job. That is what we, the voters, do.

There is one other thing of course to note - throughout all these changes and shifts, Prime Ministerial comings and goings, the rest Brexit hoopla, and all the rest of it – we have done all this through Parliament. We have changed governments, held several referendums, conducted military engagements, raised and lowered taxes, and many other things, with the authority and through the processes of Parliament. If we want to in the future we can send a whole different set of politicians to Westminster to change it all over again – and we almost certainly will. 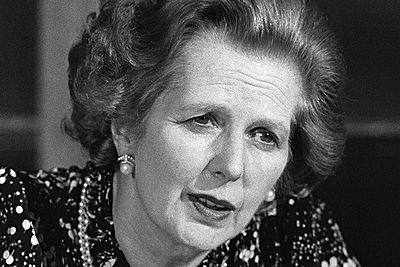 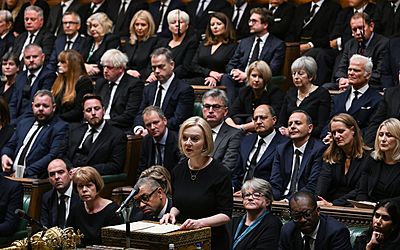 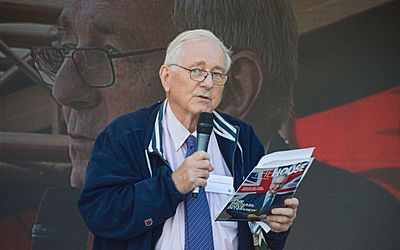 Owen Paterson: try listening to the Father of the House