The Chancellor must do the honourable thing and resign

Politics, it is often said, is a cruel old business. You work hard for years to climb up Disraeli’s greasy pole. You toil away – voting for things you don’t agree with, supporting policies you think are wrong, being friendly to colleagues you can’t stand, being lampooned by journalists you feel “don’t get it”, harried by constituents whose votes you need but whose presence you secretly resent – in the hope that one day you too will reach the top and that a nation, relieved that you are now in charge, will gratefully and wholeheartedly support you. Most of all, a party that has managed to lose three consecutive leaders and Prime Ministers will now settle down and give you the support they withdrew from your predecessors. You might also be forgiven for thinking that, given the fact that your immediate predecessor left behind a government that was, shall we say, enveloped by an inverted pyramid of piffle and that the country’s longest and most glorious reigning Monarch unexpectedly died on virtually your first day in office, said party, press and public might be inclined to cut you a bit of slack while you moved your stuff into No 10 and got your feet under the table. These thoughts, understandably, might be crossing the Prime Minister’s mind as she sits in the Cabinet Room pondering the future of her administration. This is not, of course, how politics works.

For a variety of reasons and causes, the substance of which we need not ponder on here, the Prime Minister and her Chancellor have lost the confidence of the financial markets and increasingly the Parliamentary Conservative Party. Whether this is fair or not, right or wrong is not the point. The fact that these are the realities of the situation in which the government now finds itself are beyond dispute. Time is not on the Prime Minister’s side. The Chancellor resolutely clings to saying he will deliver his next financial statement at the end of October. This is itself an earlier date than the one he originally set out, but is in reality too far off to be sensible in the current set of circumstances.

The Chancellor should clearly resign. He should not force the Prime Minister to sack him. He commands no confidence in the City and little at Westminster. The fairness or otherwise of this position is not the point. It is what it is. By resigning the Chancellor makes it much easier for the Prime Minister to execute the changes she needs to deliver to restore financial equilibrium. If he does do the honourable thing and he also can have some hope that, if he wants it, his political career can be resurrected in a lower level Cabinet job in the future. If he forces the Prime Minister to sack him then he makes life much harder for the Prime Minister and will burn up much residual personal goodwill from colleagues who will be personally sympathetic to his plight even if they are politically furious with him.

In no other walk of life is changing your mind seen as a weakness. We all make mistakes and we all change decisions or courses of direction. Only in politics is “u-turning” seen as weakness. Only in politics is admitting a mistake and putting it right seen as a weak thing to do, but there it is. That’s just how it is. So if the Prime Minister is to preside over a change in tack then she needs to do it with brillo, with elan, with style, and with dynamism. If policy changes are afoot then the Prime Minister needs to deliver them with a smile and sparkle. Her Cabinet, every single one of them, needs to get behind her and pull in the same direction. The government as a whole, every single member of it, needs to pull their weight and go out and back the PM and the new plan. 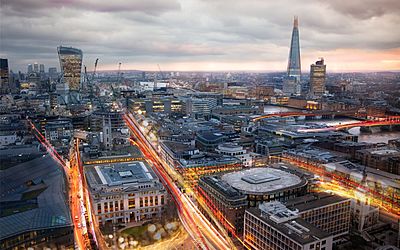 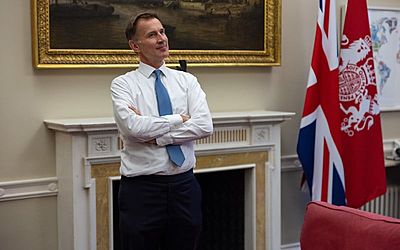