So there we are. Finally the end of the 2022 conference season. I have been attending party conferences for over thirty years and in that time they have changed dramatically. From annual gatherings of friends and fellow activists, debating the big issues, listening to the great leaders of the day, in pretty seaside towns, they have now changed into ugly soulless events dominated by corporate clap-trap, no debate, no votes, and fewer and fewer recognisable faces.

These annual hoolies are pale shadows of the great political gatherings of former years. The graceful fading elegance of Blackpool, Bournemouth and Brighton have long since been replaced by the corporate blandness of the Birmingham and Manchester conference halls. The conferences used to be huge television events with all day coverage. Now there is so little actual conference to cover that the coverage exceeds the actual number of events taking place in the hall.

We used to have four conferences, a whole month’s worth. We’d kick off with the TUC, who in the old days wielded some serious clout. Then the Liberals would gather and pass motions to legalise cannabis – yes they really did. This was followed by Labour who used to spend their week beating each other up, sometimes literally. This went merrily on until they elected Tony Blair who manifesting his obvious dislike for his party spent the conference week each year beating up the Labour Party. This went down so well on prime time television with the wider electorate that they awarded Mr Blair three General Election victories in a row. Three weeks into this four week marathon political journalists tended to be pretty tired and as the saying goes “emotional”. Not having had much chance to either rest or dry out the Conservative conference has always had the added hazard of having to negotiate around a more than usually fractious press corps.

This year the Liberals didn’t bother having one, Labour had a good one, and the Conservatives provided more than the usual end of season finale fun. Did the TUC meet? Don’t know. Who cares?

In many ways Kier Starmer is a lucky politician. To an extent this has compensated for his immense caution and lawyerly demeanour. He is lucky because he was preceded by Jeremy Corbyn and Ed Milliband, electoral disasters both. As opposed to say someone of the likes of a Tony Blair or a Harold Wilson both election winning machines. Starmer has done some hard work to pull Labour back into good shape, but not nearly as much as Neil Kinnock did. Or maybe even as much as John Smith did. He is lucky too that he has faced a Conservative Party in a state of perpetual turmoil. That turmoil as much as anything else has contributed to Labour’s growing poll lead. To seal the deal with middle England however he is going to have to reach out of his and his party’s comfort zones and do more to reassure. Kier Starmer doesn’t just need the Conservatives to lose. If he is to have the authority he will need he must do what is necessary for Labour to win.

For the Conservatives their time in Birmingham has been torturous, but does it really matter? I doubt it. The presentation of the mini-budget and subsequent handling of the fall-out was certainly poor. The substance of it for the most part however should have been something around which the party was happy to rally. The fact that it is not tells us much more about the state of the Parliamentary Conservative Party than it does about with the Prime Minister or her Chancellor. Liz Truss arrived in No 10 with a clearly set out and closely argued position on what she wanted to do with the economy. This her Chancellor has duly delivered on. The problem for them, aside from the issue of presentation, is that the Parliamentary party they have inherited is a spaghetti junction of competing political philosophies and ideologies. In the late 1990s the Conservative Party was essentially united on how to run the economy but profoundly split on the issue of Europe. Now it is more or less United on its approach to Europe but fundamentally at odds with each other on how to run the economy. The splits now are much more serious and existential than the splits were then.

To borrow, not to borrow. To cut taxes or increase them. To update benefits or not. To subsidise businesses and sectors or not. Or try everything all at the same time. This is what the Prime Minister and the Chancellor are grappling with, the lack of consensus on an approach. To succeed they will need to be resolute certainly, but also canny, subtle, agile and adroit. 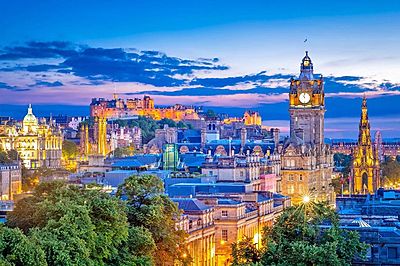 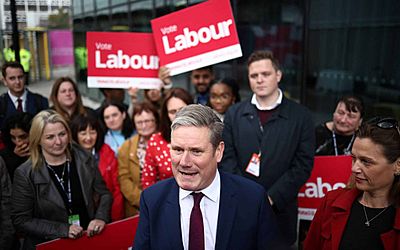 For Keir Starmer and Labour it’s now or never 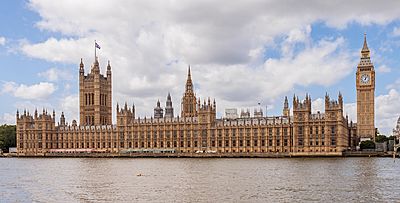