Review: Stop Bloody Bossing Me About: How We Need To Stop Being Told What To Do by Quentin Letts

The words Quentin and Letts strike terror equally into the hearts of Parliamentary performers and members of the theatrical community. In his reviews of political performances and sketches of West End productions, this keen observer of those foolish enough to push themselves centre stage never misses a thing. Regular readers of his jottings will be familiar with his crisp and critical style, which is often the journalistic equivalent of a Dam Busters Raid dropping the bomb precisely on the intended target. Letts, however, is also capable of a more sustained raid, with equally devastating results.

In the Britain of Boris Johnson, about a freedom-loving wearer of the Prime Ministerial purple as there has ever been, a book railing against the imposition of rules and regulations and the general curtailing of our right to do what we like, would have been the last thing we needed on our shelves. But here it is – and very timely it is too. How ironic it is that it falls to Boris to impose the greatest national restrictions we have ever seen in Britain.

For Letts, things started to go wrong when the Normans hopped over the Channel, seized the tiller of state and started to document everything and everyone. The Domesday Book was the start of the great incursion onto our inalienable right to do what we pleased. Things, needless to say, have gone from bad to worse ever since until we reach our own time. The National Trust, the BBC, business obsessions with quotas and equalities, a public sector anxious to genuflect to every passing wokery, politicians who have unleashed their inner bossiness are all caught in the cross-hairs of this blistering and sustained assault. The virus has not caused the massive advance in bossiness, but it has vastly accelerated its encroachment into our lives.

This is a forcefully written book. It is an extension of the style he deploys so effectively on a weekly basis, and it works. It is difficult to put the book down as you are drawn forward at such a pace and with such force. Letts is cross, very cross. He is cross with the ever increasing tendency of those who run things to try and tell us what to do and when to do it. He rightly suggests this is driving out individualism and eccentricity, dulling our sense of self-responsibility and expression. That the very essence of the liberal minded tolerant society for which our island is famed is being eroded. He argues crossly but his essential point is both penetrating and unsettling – we are losing our freedom to live as we choose. The point is summarised in this way:

But, and here’s the rub, all the focus grouping shows that we approve of lockdowns, working from home and vaccine certificates. Far from a huge popular pasting for the Prime Minister who has shut us up for the best part of a year, he basks in huge double-digit poll ratings over his nearest rival. So who exactly is Lett’s audience? Where will he find his soul mates? We must hope that as the pandemic recedes Parliament will return, national debate will resume and that we re-discover a love of freedom. The surprise at our willingness to cooperate with the recent unprecedented restrictions was greater nowhere than in Number 10. We must profoundly hope that our political overlords have not become overly complacent about our willingness to comply, and we must not be complacent about our liberty and freedoms. Letts provides us with a timely prod in the right direction.

Stop Bloody Bossing Me About: How We Need To Stop Being Told What To Do by Quentin Letts (Constable) is available for purchase now. RRP £16.98. 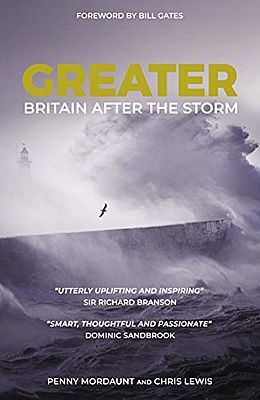 Review: Greater: Britain After The Storm by Penny Mordaunt and Chris Lewis (Biteback), £20 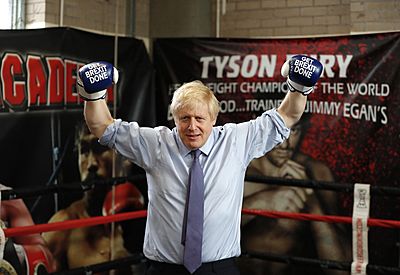